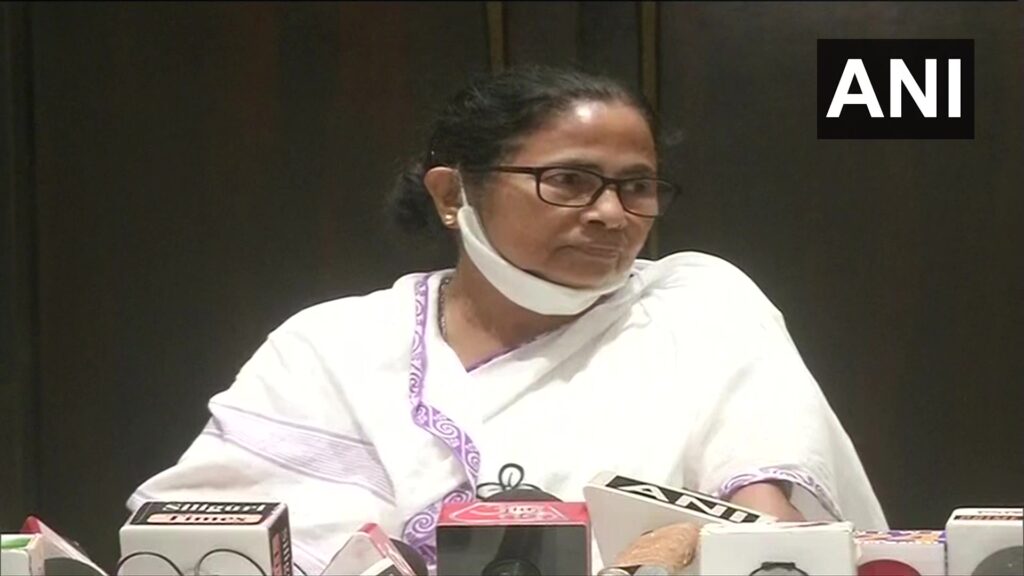 She also said, ‘I will be going to Mathabhanga hospital tomorrow at 10 am and from there I will go to Alipurduar. I couldn’t go to Cooch Behar today due to Model Code of Conduct as polling is going on there.’

Mamata Banerjee also crticised PM Narendra Modi and said, ‘It was PM’s responsibility to meet the family members of the deceased. Isn’t he ashamed? He is giving clean chit. It’s a matter of shame. I condemn his attitude.’

During the voting for fourth phase election, One 18-year-old voter, Ananda Barman, was allegedly gunned down by miscreants outside booth number 85 in Pathantuli area after clashes broke out between activists of the ruling TMC and the BJP.

The culprits, who are yet to be identified, managed to flee, the officials said.

The incident led to violence in the area as bombs were hurled, prompting central forces to baton-charge to bring the situation under control, police said.

Both the TMC and BJP claimed that Barman belonged to their party, but his family members said he was an activist of the saffron party.

“We have received information about a person being shot outside a polling booth in Sitalkuchi in Cooch Behar. We have sought a report from the micro observer,” an Election Commission official said.

The Trinamool Congress has moved the EC, complaining against the BJP of not allowing its agents to enter several booths at Coochbehar’s Natabari, Sitalkuchi, Tufanganj, Mathabhanga and Dinhata.

The Trinamool Congress will also organise protest rallies across West Bengal, the Chief Minister said. She also asked party workers to wear black badges and peacefully protest against the Sitalkuchi incident between 2 pm and 4 pm on Sunday.