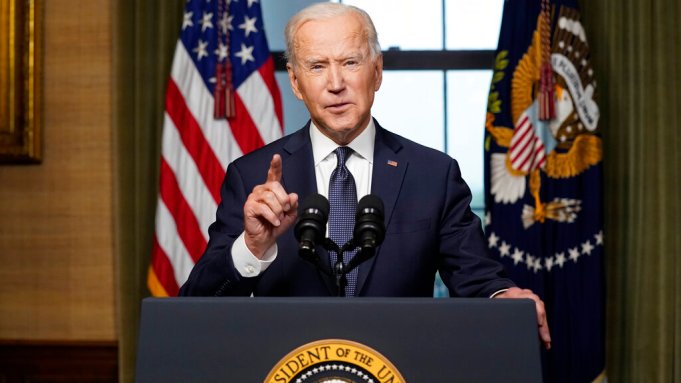 Washington: US President Joe Biden has announced that US will begin Its final withdrawal of troops in Afghanistan from May 1 this year. He said, “We will not conduct a hasty rush to the exit. Taliban should know that if they attack us as we draw down, we will defend ourselves and our partners with all tools at our disposal.”

Biden said, “We’ll be out of Afghanistan before we mark the 20th anniversary of that heinous attack on September 11th—but we will not take our eye off the terrorist threat.”

He also said that US will ask other countries in the region to do more to support Afghanistan specially Paskistan, Russia, China, India and Turkey. They all have a significant stake in the stable future of Afghanistan.

Earlier today, US President Joe Biden spoke today with Afghanistan President Ashraf Ghani. They discussed their continued commitment to a strong bilateral partnership following the departure of US troops from Afghanistan. White House has confirmed about this discussion.

He said, “Currently, we’ve around 10,000 troops in Afghanistan – the majority from non-US allies & partner countries. This is not end. This is beginning of a new way of working with Afghanistan.”